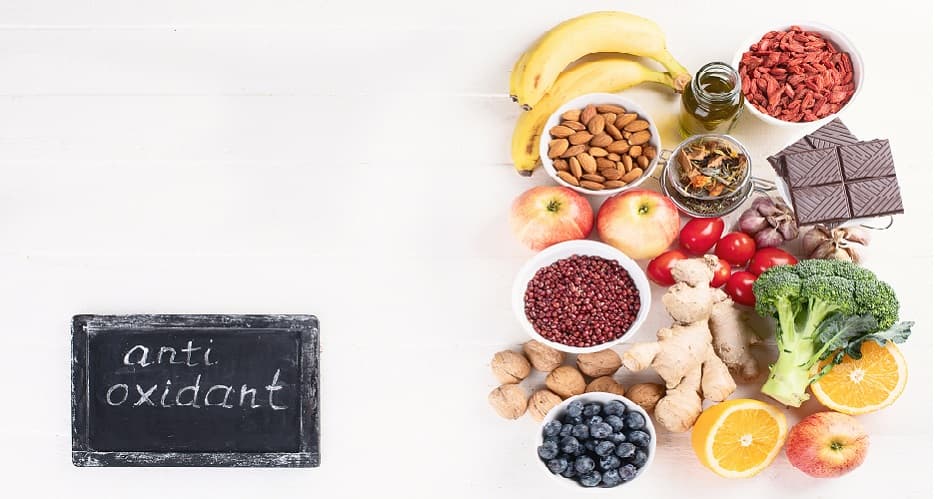 Free radicals and the antioxidant concept has been extensively studied and evaluated in the recent year due to its major role in regulating proper body’s physiological functions. The capability of deploying oxygen has given humans the advantage of metabolizing carbohydrates, fats and proteins for energy.

However, this action can also prove to be harmful in the state of imbalance between free radicals and antioxidants. Free radicals in unmanageable quantity can attack the healthy cells and tissues of the body in a very destructive way and causing them to lose their function and structure. This damage further may contribute to causing major health problems, most notably, cardiovascular diseases, destructive immune system, aging and cancer.

On the whole, free radicals are known to be involved in the pathogenesis of about 50 diseases.

According to epidemiological pieces of evidence, it has been seen that not only low dietary consumption of vegetables and fruits associated with increased risk of certain types of cancer, but also the low levels of antioxidants in the body or low intake of antioxidants in form of diet shows significant adverse associations with enhanced cancer risk.

Let’s find out the answers to all these queries:

Antioxidants are the natural or man-made substances which delay or prevent cellular damage, specifically caused by free radicals. In other words, the substances which present in low concentrations compared with that of an oxidized substrate can inhibit or delay the oxidation of that substrate and prevents the associated damage.

How antioxidants lower the cancer risk?

Antioxidants prevent the cancer risk by neutralizing the major cause that leads to the progression of cancer i.e. free radicals. Let’s explore in little deep how free radicals damage the body’s cell and how antioxidants neutralize them.

Free radicals are the chemically active atoms which bear a charge because of the deficient or the excess number of electrons. One of the major essential free radical that cause significant destruction is ROS (reactive oxygen species), free radicals that contain oxygen.

ROS is a collective term that contains molecules like superoxide anion (O2), hypochlorous acid (HClO), hydroxyl radical (OH), and hydrogen peroxide (H2O2). The half-life of these reactive species are very short and these can cause substantial damage to the tissue by cascading free radical chain reaction.

The damage caused by these reactive species can be in various forms. It involves lipid peroxidation (via stimulating pathways like lipooxygenase and cyclooxygenase), DNA damage, protein damage and oxidation of certain essential enzymes (pro-inflammatory cytokine release via macrophages and monocytes by stimulating nuclear factors and dissipating intracellular thiol molecules and other enzymes like 1 antitrypsin).

Such adverse modifications m especially oxidative DNA damage after a certain time can difficult to manage or reverse and prompts illness involving malignancy.

For instance, one of the major DNA damage done by free radicals is the formation of hydroxyled bases of DNA. This event leads to create a problem in normal cell growth. Other than this, oxidative DNA damage occurs as a result of chronic inflammation or tobacco smoking also cause various structural changes in DNA, which contributes in various tumours and lung cancer.

To prevent this destruction, the presence of adequate levels of antioxidants in the body is very essential.

The antioxidants can work against free radicals via two routes: one is chain-breaking and other is prevention.

In chain-breaking mechanism, the free radicals work in a sequence, where last formed free radicals exert the same reaction on another molecule and continue to form till a chain-breaking antioxidant comes to stop this. Such antioxidants simply break the chain or disintegrate into a harmless product. One of the known example of such lipid peroxidation.

On the other hand, in a preventive way, the antioxidant enzymes prevent the oxidation of free radicals either by neutralizing the transition metal radicals or by scavenging the commencing free radicals.

Antioxidants by exhibiting these two mechanisms possess a significant role in cancer prevention and make the body healthy and rejuvenating.

Therefore, to get rid of free radicals and detox the body, you must include potent antioxidants in your diet. There is no specific diet to grab these antioxidants, you can also consume these from naturally present vegetables, fruits and other plant sources. Let’s explore these sources in little detail:

Various epidemiological studies have suggested that plant-based diet enriched with significant natural antioxidants that potentially an impediment to carcinogenicity via affecting the tumour/cancer initiation, progression and metastasis.

Based on antioxidant action: the major chain-breaking antioxidants are Vitamin C, vitamin E, and vitamin A. On the other side, the major preventive antioxidant enzymes are catalase, superoxide dismutase and glutathione peroxidase. Let’s take a deep look into these sources of natural antioxidants:

Beta-carotene is a renowned fat-soluble molecule of carotenoids, also known as provitamins as this carotene converted to form active vitamin A. Vitamin A is a strong antioxidant and its the best quencher of singlet oxygen molecules.

For cancer prevention, this vitamin has an essential standpoint. Vitamin C is a water-soluble vitamin, also famous with the name of ascorbic acid. This vitamin is very essential and needed by the body for certain body functions, such as the formation of carnitine, collagen or neurotransmitters.

Vitamin C is a potent antioxidant, immunomodulator, anticarcinogen and anti-atherogen. This vitamin acts as a potential free radical scavenger and rejuvenates the vitamin E levels in the body.

Vitamin E is a fat-soluble vitamin with significantly high antioxidant capability. This enzyme is known to prevent the cell membranes from the adverse events of free radicals. This vitamin majorly acts upon lipid peroxidation.

Lycopene is a plant-based antioxidant, which plays a potent role in preventing atherogenesis and carcinogenesis via shielding the cellular biomolecules from the free radicals. Other than this, lycopene also involves in other roles like immunomodulation, radical scavenging and apoptosis.

Selenium and Zinc are known as trace elements. These elements are essential to forming the active site of certain antioxidant enzymes including glutathione peroxide and many others.

Other than these omega fatty acids, flavonoids and polyphenols are also act as natural antioxidants. You can add these in your diet on daily basis and can prevent your cells from being damaged and carcinogenic, thereby significantly aids in cancer prevention. 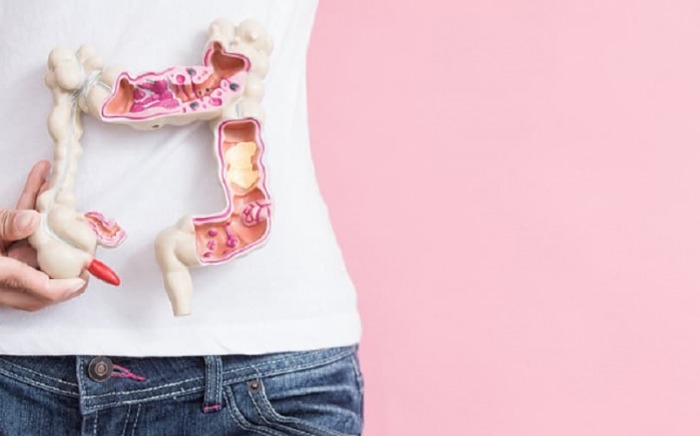 For the first-line treatment of patients with unresectable or metastatic MSI-H (microsatellite instability-high) or dMMR (mismatch repair deficient) colorectal cancer, the United States Food and Drug Administration (US … 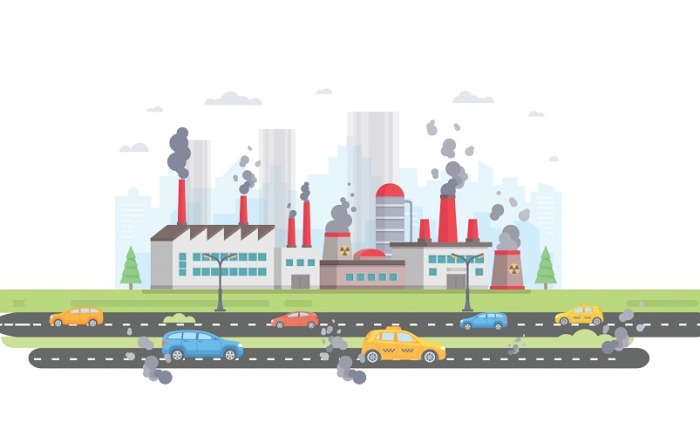 Talking about environmental carcinogens, it involves all the indoor and outdoor air pollutants along with drinking water and soil contaminants. The association between environmental pollution and human health … 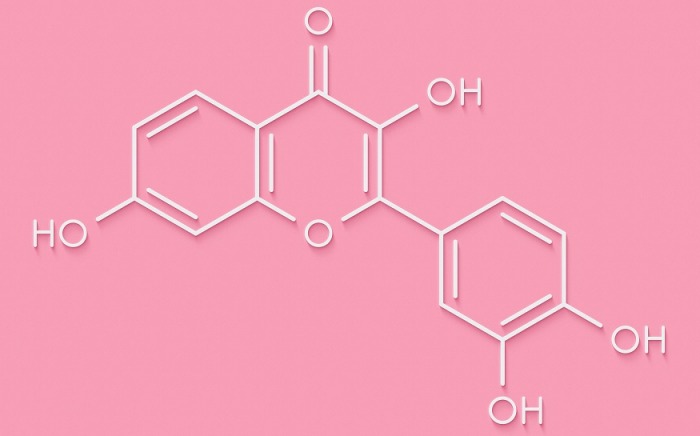